How To Fix Pixel 2 Not Charging/Won’t Turn On

Kept the power button pressed for about 15 or 20 seconds, then it sometimes works fine for your android device. Some of the users reported Pixel 2 XL not charging after the update or slowly charging issues because of a faulted USB C cable or adapter issue. You can fix this type of update after your android device will get the next update. Check out below given possible methods to fix Pixel 2 not charging problems.

First of all, restart your device and check to fix Pixel 2, and Pixel 2 XL won’t turn on the issue.

You can use a toothpick and pick out all the lint on the inside of the port on your phone or try a really thin paperclip and running it from side to side to get the felt and gunk out. Also, check the USB C port but it is clean and clear from lint or other muck. Use 3rd party USB-C to USB-A cord and use your Google Pixel adapter, or just use USB-A power brick. Try to charge on a C to C cable via laptop or desktop though, that has a fast charge option.

You can use 3rd party cable and plug into OEM brick, and then switch back to my OEM cable, sometimes it works fine.

If you see a red light, your battery is fully discharged. If the red light is flashing, there isn’t enough power to switch on. Charge your phone for at least 30 minutes before restarting. Use an A-to-C cable to charge it off. Also, try the power and volume down keys at the same time for a full 30 seconds. When my Pixel powered on initially it displayed 0% charged (despite having been plugged in for an hour).

Plug the charger into a wall outlet for Google Pixel 2 charge. Make sure the wall outlet properly working by checking other devices and confirm it.

Make sure your device cases or cover doesn’t interrupt to fit in the charging port. Remove Pixel 2 accessories that causing the issue Google Pixel 2 XL not charging.

If none of the above-given methods worked for you, you need to contact Google support and got a replacement phone.

End the list of possible methods to fix Pixel 2 not charging issues. If you have any tricks to fix Pixel 2 won’t charge issue, don’t hesitate to tell us in the below comment section. Don’t forget to check our other Pixel 2 tutorial.

I'm Arpit Patel, techno lover from India. Bestusefultips is a technology website focused on latest Android news, tricks & tips related android devices, tutorials and videos.
@bestusefultips
Previous How to Enable Developer Mode in Google Pixel 3a and Pixel 3a XL
Next How to Fix Samsung Galaxy S8 Overheating While Charging 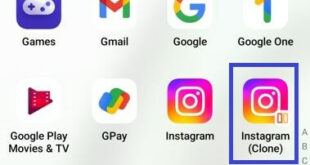 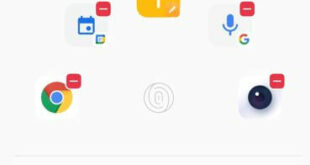