How to use Pixel 2 launcher on any android device

This android app for the launcher is the best to customize the app drawer, import layout, smooth animations, amazing snap icons & widgets, backup your desktop layout, create multiple docks & place any widget in your dock and more great features. You can use hide apps, custom drawer groups, various scroll effects and other features to purchasing it. This is one of the most useful android launcher apps in 2020.

This Apus launcher app is perfect for personalizing home screen with elegant wallpapers, HD icons and themes, fast & quickly find apps. Also useful for extend battery life up to 25%, user-friendly design, close unnecessary background apps, and clean RAM. This is one of the best android launcher apps for android phone or tablet.

Above you can see high rated android launcher apps for your device which are best to customize your android phone or tablet to looks awesome & stylish. If you have known other best launcher apps then please share with us. 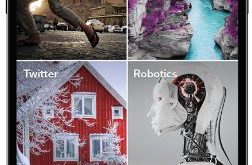