How to Wipe or Clear Cache Partition on Android 7.0 Nougat (Moto G4 Plus)

Here’s how to clear cache or wipe cache partition on Android 7.0 (Moto G4 Plus). To wipe cache data, you need to enter your Android device into recovery mode. It will use to fix several issues such as screen unresponsive, frozen phone, phones operate slow, blank screen, etc. This clear cache partition will remove all temporary files that may be causing the error open apps or device performance, without deleting your phone settings, apps, and other data.

You can clear app cache on your Android device if your android device runs slow, freeze apps, app crashes, and other problems. Also clear individual app cache and data using phone settings. But in this tutorial, I will show you the process of how to clear cache partition on Android Nougat 7.1.2 devices.

How to Clear Cache Partition on Moto G4 plus

Step 1: First of all switch off your phone.

Step 2: Press & hold the volume down button and the power button at the same time until the phone turns on.

You can see the Android system recovery screen on your device. By default “start” button seen on your Android Nougat 7.0 & 7.1.2. 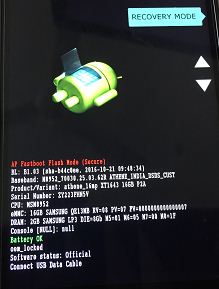 Step 3: Press the volume down button until you see “recovery mode”.

Step 4: Press the power button to restart in recovery mode.

You can see the above screen of the android robot with a red exclamation mark “No Command” on phone screen. 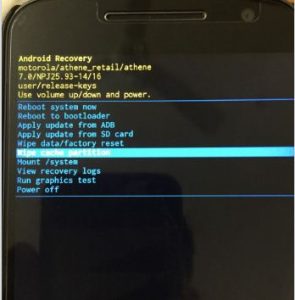 You can view this message on screen: Wipe cache? 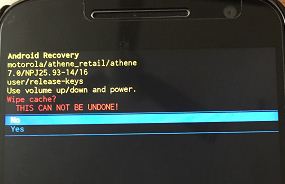 Step 6: Press volume down buttons to select “Yes” and press the power button to apply it.

This will wipe cache data in your Android Nougat 7.0 device. 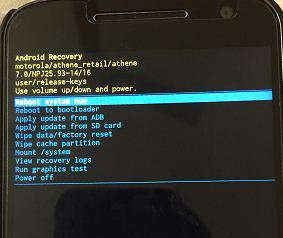 Step 7: Use the volume buttons to scroll to “reboot system now”, press the power button to select it.

I hope above given steps useful to clear cache partition on Moto G4 plus. If you have any kind of problem when implement wipe cache partition on android phone, let us know on below comment box. It would be a pleasure to help you. Share this article with friends if you found it useful! 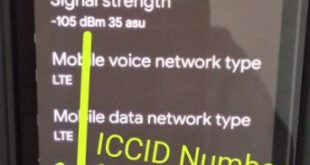 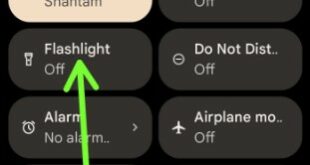 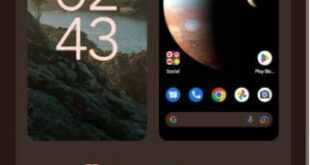